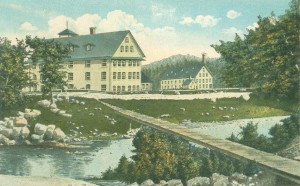 of service providers, corrections officers and court staff in York County who sought to develop alternatives to sentencing juveniles. Recognizing that a healthy environment for youth is one which richly reinforces desirable behavior, they agreed that an effective response should include providing opportunities to engage Sanford’s youth in positive activities and to create meaningful roles for them to build skills and motivation.

In 2009 a coalition was formed to bring together Sanford area organizations and partners to build assets in the community that would allow area youth the opportunity to thrive.  The coalition included school officials, law enforcement, health organizations, substance abuse and mental health providers, among dozens of others.

In 2012 the Coalition officially assumed the name of Sanford Strong Coalition, formed a Steering Committee, and engaged in an intensive strategic planning and communications effort to establish its presence in the Greater Sanford area.

“This is Us” Project

Substance Use Disorders Resources, Sanford ME

“Just One Pill” substance use film by Sanford Film Club

“Just One Pill” substance use film by Sanford Film Club

Study shows most teens not drinking and using drugs